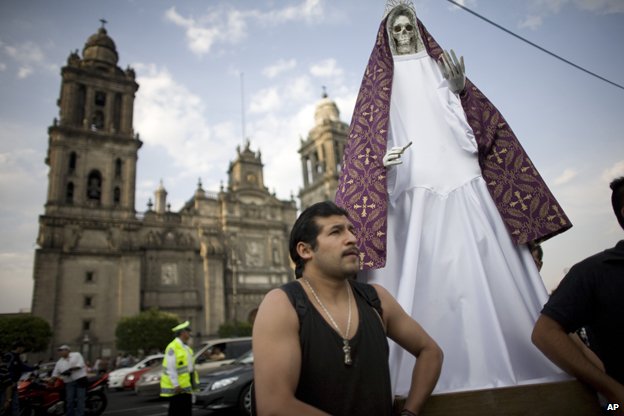 "To some it may seem extraordinary, but priests say the country is under attack by Satan, and that more exorcists are needed to fight him.
This attack, they say, is showing itself in the gruesome drug-related violence, including human sacrifice, that has engulfed the country since 2006.
According to the latest official figures available, at least 70,000 people have died in this period, including gunmen, members of the security forces, and many innocent civilians.
But, the priests say, it's not just the numbers. The savagery also stands out.
In recent years it has not been uncommon in many parts of Mexico for children to find dismembered bodies on the streets on their way to school. Or for commuters on busy roads to drive past bridges with severely tortured corpses hanging from them. Scenes from hell."