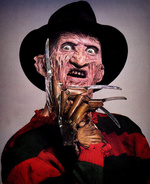 This is what over here is given for the term! Guess what? You fail! Next I'll tell you what a race is.

SergioAD ha scritto:This is what over here is given for the term! Guess what? You fail! Next I'll tell you what a race is.

SergioAD ha scritto:This is what over here is given for the term! Guess what? You fail! Next I'll tell you what a race is.

GRRRRR fatto
_________________
You think normal people just wake up one morning and decide they're going to work in a prison? They're perverts, every last one of them. (Vanessa)

And so! What is a race? There you are...
http://oxforddictionaries.com/definition/english/race--2

each of the major divisions of humankind, having distinct physical characteristics:people of all races, colours, and creeds

[mass noun] the fact or condition of belonging to a racial division or group; the qualities or characteristics associated with this.

a group of people sharing the same culture, history, language, etc.; an ethnic group:we Scots were a bloodthirsty race then

a group or set of people or things with a common feature or features:some male firefighters still regarded women as a race apart

Biology a population within a species that is distinct in some way, especially a subspecies:people have killed so many tigers that two races are probably extinct

(in non-technical use) each of the major divisions of living creatures:a member of the human racethe race of birds

literary a group of people descended from a common ancestor:a prince of the race of Solomon

Although ideas of race are centuries old, it was not until the 19th century that attempts to systematize racial divisions were made. Ideas of supposed racial superiority and social Darwinism reached their culmination in Nazi ideology of the 1930s and gave pseudoscientific justification to policies and attitudes of discrimination, exploitation, slavery, and extermination. Theories of race asserting a link between racial type and intelligence are now discredited. Scientifically it is accepted as obvious that there are subdivisions of the human species, but it is also clear that genetic variation between individuals of the same race can be as great as that between members of different races

Origin:
early 16th century (denoting a group with common features): via French from Italian razza, of unknown ultimate origin
In recent years, the associations of race with the ideologies and theories that grew out of the work of 19th-century anthropologists and physiologists has led to the use of the word race itself becoming problematic. Although still used in general contexts, it is now often replaced by other words which are less emotionally charged, such as people(s) or community.